Recognised in Chambers & Partners as “at the top of his game and a silk that no other barrister wants to face in court.”

Simon specialises in all aspects of criminal law, in particular homicide, serious fraud and organised crime. He has defended many high-profile cases such as Dale Cregan, Arran Coghlan, and Operation Elveden (the News International cases.) He is widely praised for his devastating cross-examinations.

He exclusively defends in serious and complex crime and fraud, together with related hearings in other tribunals. His practice encompasses murder, gross negligence manslaughter, evasion of duty, MTIC and serious fraud, terrorism, complex multi-handed drugs cases and corruption.

He is currently leading the challenge to Encrochat evidence on behalf of all the defendants in the main preparatory hearing (Embossed and Estervan.)

He has appeared in many high-profile cases. He defended John Hardy, a former sergeant major, in Operation Elveden who was accused of selling stories about Prince William and Prince Harry to The Sun. He was the only source to be acquitted by a jury in those News International trials. As well as his skills as a jury advocate, he is well known for his ability to develop complex legal arguments. He is known for his mastery of detail even in cases with voluminous quantities of evidence. He has an advanced knowledge of computing which can assist with the management of large amounts of evidence.

He led for the defence in the first case in which an application for independent special counsel for disclosure was granted [R v Greaves]. Since then he has made several successful applications for special counsel which led to the cases collapsing.

He has defended a number of solicitors and professionals in recent years who have found themselves charged with criminal offences.

He has advised CEOs, such as Julian Wheatland, former Chief Executive of Cambridge Analytica.

He will provide an extremely comprehensive and involved service together with a robust defence to those charged with more minor offences who wish to pay privately.

He also appears in Sport Regulatory work and has appeared before the FA Appeal Committee and the Court of Arbitration for Sport in Lausanne. In 2012 he succeeded in restoring Bradford City FC to the FA cup after they were disqualified.

He exclusively defends in serious and complex fraud, together with related hearings in other tribunals. His practice encompasses evasion of duty, MTIC and serious fraud, corruption, and Health and Safety cases. Simon is ranked in Band 1 as a leading individual in Chambers and Partners Guide to the Bar 2019 for Financial Crime:

“A highly respected figure at the Criminal Defence Bar, who handles a range of complex and high-value fraud cases. Areas of strength include cases involving allegations of MTIC fraud, as well as mortgage fraud. He is also adept at handling cases involving organised crime.”

R v RE –  Defence of solicitor prosecuted by the SFO in respect of an offshore investment scheme to fund firms conducting no win no fee litigation. City Wire

R v Ludovic Black – He acted for the lead defendant and alleged architect of a financial repayment scheme for solar panels. The case was prosecuted by the SFO.

R v John Hardy – John Hardy, a former sergeant major, in Operation Elveden who was accused of selling stories about Prince William and Prince Harry to The Sun. He is the only source to be acquitted by a jury in those trials.
https://www.telegraph.co.uk/news/uknews/crime/11461461/Sun-payments-trial-Four-journalists-cleared-of-paying-public-officials.html

R v Mark Quayle (Operation Aquamarine) – Successful defence of Barclays manager in a multinational fraud involving off-shore special purpose tax companies in the Isle of Man and BVI to avoid tax. This was a six-year investigation which resulted in a three-month trial at Southwark Crown Court. Mark Quayle was acquitted following a comprehensive critique of Barclays offshore companies.

R v Grace Purdie (Operation Bamburgh) – Successful defence of a director of two financial institutions in the UK’s biggest ever mortgage fraud prosecution. Over half a million pages of evidence was served.

R v Godley – allegation of abuse of process by SFO in respect of breach of promise.

R v K and K – Leading for the respondent in a Prosecution appeal against a terminating ruling. This followed the successful defence of an accountant for international money laundering. The Court of Appeal certified a point of law for the House of Lords but leave was refused.

Simon regularly appears in gross negligence manslaughter cases. According to Chambers and Partners Guide to the Bar 2019, in this sector he is “at the top of his game and a silk that no other barrister wants to face in court.”

R v Joseph Travers – Successful defence of custodial manager at HMP Woodhill charged with gross negligence manslaughter as a result of his management of a suicidal inmate. The case exposed serious failing in Healthcare at the prison as opposed to custodial care.
https://www.bbc.co.uk/news/uk-england-beds-bucks-herts-42878661

R v James Abbott – Successful defence of a senior prison officer charged with gross negligence manslaughter for failing to take steps to prevent a female inmate from hanging herself.
https://standard.co.uk/news/crime/jail-guards-knew-suicidal-inmate-had-a-noose-in-cell-a4187551.html

This was his speciality as junior counsel but he has continued to be in demand for the gravest and most complex cases when a certificate for a KC is granted or when instructed on a private fee basis. According to Chambers and Partners Guide to the Bar 2019: “He is incredibly bright and my number one silk for serious and complex crime.”

Operation Venetic –  Instructed to challenge the admissibility of Encrochat evidence on behalf of all defendants in Operations Embossed and Estervan. This is the main preparatory hearing following the unsuccessful challenge by others in Liverpool. Also, in the secondary preparatory hearing at Cardiff.  Wikipedia

Operation Tradite – This is alleged to be the biggest drug importation conspiracy ever interrupted by the NCA in the UK. The prosecution amalgamates multiple operations by the NCA, police and Dutch authorities. It is alleged that tonnes of class A drugs were being imported. The trial has been split into four, with the first trial involving the alleged organisers estimated to last up to seven months. ITV News  BBC News

R v Luke Dann – This was a 10 year investigation which led to a mammoth prosecution of four defendants whom the prosecution alleged were the “bosses of the bosses” in a previous series of national and international drug conspiracies. Luke Dann was the lead defendant. There were nearly two years of disclosure applications and arguments which led to the appointment of special counsel by the Attorney-General. The prosecution offered no evidence on all counts in 2019.

R v Arran Coghlan – A substantial drugs prosecution by KC and two juniors, together with two KC special counsel, of the businessman labelled the “Teflon Don” by the media.  The case collapsed during a disclosure application. Daily Mail

R v Longden – the UK’s biggest ever drugs supply case at the time involving over £200 million worth of Class A drugs.

R v Greaves – the first ever successful application for special counsel to review PII material to enable English law to comply with Article 6. Appeal allowed in Court of Appeal owing to allegations of corruption against police officers in Lancashire Constabulary.

Operation Safe – called to the bar in the Isle of Man to defend in an undercover drugs supply case.

R v Singh – kidnapping for a substantial ransom of a “businessman” This became the leading case upon implied assertions following the introduction of the CJA 2003, R. v. Sukadeve Singh [2006] 2 Cr.App.R. 12

R v Taberer – blackmail of international money launderer who was being pursued by the Serbian and Russian mafia.

R v Miah – A substantial drugs prosecution which collapsed at the retrial following my successful application to exclude all the telephone evidence in the case. The submission concerned the influencing of experts with sensitive material and the manner in which the prosecution liaised with the Attorney-General’s office over special counsel.

Simon has led for the defence in many of the most notorious murder cases in the last decade. He also regularly appears in corporate manslaughter cases. According to Chambers and Partners Guide to the Bar 2019, in this sector he is “at the top of his game and a silk that no other barrister wants to face in court.”

R v Carne Thomasson The Salford gang war tit for tat shooting which led to a seven-year-old boy and his mother being shot on their door step. Thomasson was alleged to be the gangster who confronted them at the door but was acquitted of conspiracy to murder: The Guardian

R v Asta Juskauskiene – The defendant was accused of arranging a medieval fight to the death between her husband and her lover in order to decide who should have her. Daily Mail

R v Eltiona Skana – Successful defence of woman accused of killing a child at random on the grounds of diminished responsibility. Wikipedia   Daily Mail  The Sun

R v Hedley Plummer – Successful defence of a man alleged to have kicked to death the Manchester rapper, Whites. His defence that he acted in self-defence was accepted by the jury despite the assertion from the prosecution pathologist that he had only seen similar injuries when a person had been hit by a train.https://www.manchestereveningnews.co.uk/news/greater-manchester-news/hedley-plummer-noel-white-court-15568797

R v Alfred Kurti – Successful defence of a defendant in a cold case murder prosecution. The supergrass’s identity was exposed as fraudulent despite being taken on trust by the police. https://www.manchestereveningnews.co.uk/news/greater-manchester-news/kalvinder-bob-singh-murder-trial-10617570

R v Dale Cregan – Defended Dale Cregan in perhaps the most notorious murder trial in recent times. Despite his admission to murdering two women police officers, he secured his acquittal upon a further hand grenade and sub-machine gun attack upon a defenceless woman. https://www.huffingtonpost.co.uk/2013/06/13/dale-cregan-trial-jury_n_3434163.html

R v Rabeel Malik – Successful defence of a mother over the violent death of her baby.

R v Bartlomej Bilas – Successful defence of alleged principal in multi-handed murder. One of the first cases in which the post Jogee law was applied

R v Shahid Nowaz – Defence of man accused of murder in Hackney. A notorious case because the victim was mistaken for a gang member. Abandoned by the prosecution and remains unsolved.

R v Ishaq Hussain – the Pakistani gang grooming murder in which his client, the alleged orchestrator, was acquitted. This was the subject of a Panorama documentary which led to uncovering the Rotherham grooming scandal. http://tinyurl.com/7qtgrvw

R v Kieron Stapleton – the defendant was accused of the murder in Salford of the Indian student, Anuj Bidve, who was shot in the head on Boxing Day. http://www.bbc.co.uk/news/uk-england-manchester- 16437658

R v SF – Defence of man accused of a plot to kill hundreds in Whitehaven during the annual festival. 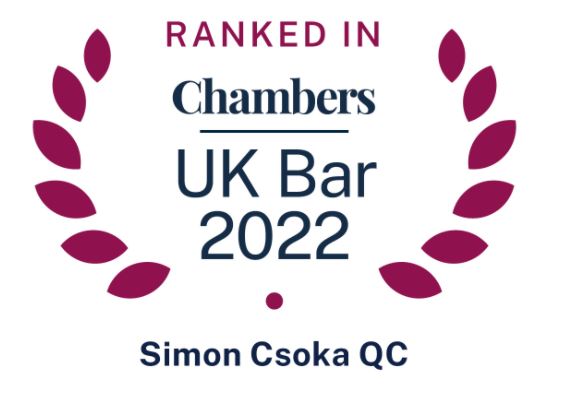