‘A persuasive and eloquent advocate… Adam is insightful and perceptive with excellent client care skills.’

Adam Kane KC is a leading Silk and specialist in white-collar crime. He acts for company directors, entrepreneurs, lawyers and accounting professionals, senior bank officials, financial advisors, medical professionals and investigators in heavy and high-profile proceedings predominantly brought by the Serious Fraud Office, the Financial Conduct Authority and HMRC. He has particular expertise in investment fraud, and dealing with accounting professionals. He has been involved in several of the more significant cases of financial-market abuse prosecuted by the SFO and FCA recently, often complex, multiple complainant cases. He advises and appears in high-profile bribery, corruption and ‘misconduct in public office’ cases. He represented the turnaround consultancy accountant in HBOS, the chief engineer at Harrods in the Royal Household corruption case, and acted at first instance and on appeal for the cartel organiser in the Marine-Hose case (the first prosecution of Cartel Offending under the Enterprise Act). Current cases include a solicitor charged in a £5 million probate fraud and a company director charged in a £21 million fashion industry fraud.

R -v- B & Another – Joint CTU and HMRC prosecution of owner and director of internet trading company for fraud, corporation tax and VAT evasions, and channeling criminal funds through Dubai.

Operation  Alfreton – for GP and medicare entrepreneur in FCA prosecution of FSMA and FSA offences from investment fraud raising funds for asset acquisition across free-zone and non-free zone in Dubai.

Operation Hayrack – for director of engineering consultancy and chief engineer at Harrods in cartel involved in bribery and corruption of Privy Purse and Treasurers Office of the Royal Household over contracts for the Royal Palaces.

Operation Kyrenia – for director and company secretary in NHS Direct prosecution of conspiracy to defraud NHS by officers of private perfusion science company in delivery of NHS contracts.

Operation Nanobot – for off-shore IFA in conspiracies to defraud the Revenue and to launder the proceeds of a fraud upon DEFRA.

R –v- Whittle & 2 others – For Cartel organiser in SFO prosecution of the marine hose cartel.

R –v M (& Others) – for contractor in building contracting bribery conspiracy, to defraud the Ministry of Justice.

Adam has defended in high-value organised crime, often with an international element, throughout his career. He has particular expertise in massive smuggling cases ( drugs and people ) often involving complex PII / disclosure / SOCPA issues, and in firearms.

R -v- Savastru & 3 Others – Defendant acquitted of conspiracies to burgle and to launder money, following Britain’s largest burglary conspiracy (£26 million) , involving the burglary of the homes of the manager of Chelsea FC, the owner of Leicester City FC, and the Ecclestone F1 family’s London home

Operation Tavernier – For principal of Immigration Practice and managing director of tailoring business trafficking multiple Pakistani nationals to the UK for commercial exploitation.

Adam has a nationwide practise as a defence specialist in homicide. In addition to organised crime and gangland killings, he has particular experience defending very young and otherwise vulnerable people charged with murder, with all the sensitivities as to witnesses, intermediaries and anonymity these cases involve. He also acts in gross negligence and corporate manslaughter cases complimentary to his fraud expertise.

Operation Tongling – For defendant acquitted by the jury of murder and manslaughter over involvement aged 17 in a running street battle with knives following a drugs ambush. A broad-daylight machete attack in South London witnessed by dozens of on-lookers, which led to the murder convictions of 2 others, in which the defendant gave evidence of self-defence.

Operation Paracress – For married father acquitted by the jury of murder, manslaughter and attempted murder following joint enterprise reprisal assaults after a violent disorder in Bradford city centre. The defendant denied knowledge of or participation in a common design which led to homicide convictions of 3 others.

Operation Greendale – For defendant acquitted of murder on the Crown offering no evidence re joint enterprise stabbing at a Leicester Christmas street party.

Operation Adelite – For defendant acquitted by the jury of conspiracy at murder, convicted of GBH conspiracy, in gang-feud case when aged 17. The conspiracies followed the murder of a drill artist by a rival Manchester group of youths.

Operation Minuet  – 17 year-old acquitted of murdering one teenage gang member and attempting to murder another, and of assisting offenders, in gang “hunting” case in Derby. Intermediaries for 2 defendants.

Operation Thatcher – For 14 year-old gunman and youngest ever known killer by shooting in the UK, in notorious broad-daylight murder of 15 year-old. Intermediaries for 3 defendants.

Operation Sweep Mike – For 16 year-old gunman receiving longest sentence ever imposed on a person aged 16 at the time of the killing, for murder by shooting of member of rival gang in reprisal violence. Defendant with learning disabilities – Intermediaries for 3 defendants

R -v- Page – Defendant with Asperger’s Syndrome acquitted of murder, guilty of manslaughter (diminished) having killed his mentally vulnerable mother for whom he was carer.

R-v- Aziz – Rape and murder of a 14 year-old in Wolverhampton by a schizophrenic 16 year-old requiring an intermediary through trial; guidance from Lord Chief Justice on appeal re anonymity and reporting restrictions in “shocking” cases

R -v- Sadiq – Murder in a drugs feud; considerations of remoteness where victim ‘left for dead’ in road and struck by by-passer in Sheffield.

R -v- Taburak & Another – For parent in multiple-injury and baby-shaking case in South London with public law family proceedings in background.

Adam has been involved in testing, at first instance and appellate levels, the threats to assets posed by criminal investigations since the early days of Drug Trafficking Offences Act and Criminal Justice Act 1989. He advises and appears for respondents to pre-action restraint proceedings in the Crown and High Courts, in the variation and discharge of extant restraint orders, in confiscation proceedings, and in the adequacy and enforcement of confiscation orders. His core clientele are the subjects of investigations, and criminal defendants, but he also acts for interested parties to pre-charge and confiscation stage proceedings. He brings his forensic expertise in fraud, and knowledge and experience of organised crime, to asset portfolios often valued in the millions and overseas assets with jurisdictional issues.

Re K: for defendant in POCA and inadequacy proceedings with alleged £14 million asset portfolio mainly in arms-length UAE assets

Re M: for offender compromising multi-million POCA proceedings in FCA fraud on the basis of the irrecoverable nature of non-Free Zone assets in Dubai

Re P: for two children of operational target of £350 million tax fraud, in pre-prosecution restraint proceedings

Re G: For offender achieving variation and settlement of POCA order following £60 million fraud by intervention of management receiver for property portfolio

Re C: for respondent to pre-charge restraint proceedings in £10 million VAT & other frauds

Re W: for successful appellant establishing that the maximum default term for cases exceeding £1 million should be reserved for egregious cases ( ref  [2011] EWCA Crim 1485 )

Re H: for offender successfully appealing adverse judicial finding of his quantification of realisable assets under CJA 1989 ( ref [2002] EWCA Crim 2631 )

The holistic defence of the individual involves consideration of their common law and Convention rights both within, and beyond, the process of a criminal trial. The preservation of those rights by Judicial Review in the High Court can be determinative of decisions and outcomes in the Crown Courts. Adam advises prospective applicants, and appears for applicants for Judicial Review at all stages of the evolution of the criminal investigation. He has acted to review pre-action search warrants, a decision to prosecute by the Information Commissioner, the lawfulness of the s.51 sending procedure,  the search of a Solicitors firm to recover privileged Special Procedure material, the refusal of the Attorney-General to issue a nolle prosequi to a defendant medically unable to give evidence at trial, the naming of juvenile offenders in “truly exceptional”  murder cases, and the need to enforce confiscation orders within an Article 6 “reasonable time”.

Within the trial process, Convention rights – particularly Article 6 rights – are an integral part of Adam’s approach, at first instance and on appeal, where he has argued issues of direct applicability or incompatibility on subjects such as the right of the defence pre-trial, to cross-examine the ailing complainant to ensure a fair trial, before the coming in to force of s.28 YJCEA, the compatibility of the hearsay provisions of CJA 2003, the breach of Article 6(3) by continuation of proceedings against a defendant too ill to give evidence, and the reverse burden in s.90 [and within ss 90 (1) &(2)] Financial Services Act 2012.

Re M: Whether the reverse burdens in s.90 (1) and (2) Financial Services Acy 2012 are compatible with the presumption of innocence in Article 6 ECHR.

Re G: challenging the implied promise of the Information Commissioner not to prosecute a Private Investigator during the interview process about collection and disclosure of confidential information

Re Flaherty’s application: Applying the reasonable time requirements in Article 6 to confiscation enforcement proceedings, as part of the sentencing procedure engaging those minimum rights

Re Hallinans’ application: Applying the exception in Cox & Railton to the use of a Special Procedure warrant to force solicitors acting in good faith to disclose draft witness statements

Re Deamer’s application: applying the administrative concept of disappointed legitimate expectation to the enforcer’s inactivity over confiscation orders

Re Harmer’s application: test cases on the sending procedure that replaced committal: whether a prosecuting authority may change an information when a defendant is before the Court so as to engage sending procedures otherwise inapplicable.

R -v- Cartwright, [2020] Lloyd’s Rep. F.C. 547: Applicability of the principles of secondary liability attributable to an aider and abettor in respect of offences of fraudulent trading under the Companies Act 1985 s.458

R -v- Hamburger, [2017] 2 Cr.App.R. 9:  ‘Clarification’ that in exceptional circumstances a defendant may apply to adduce his “proof of evidence” rather than testify, and the limitations of video-link directions for defendants

R -v- Kapikanya [2015] 7 WLUK 225: Voice recognition and the permissibility of comparison by a jury unaided by expert evidence

R–v-Hare & O’Sullivan, The Times, December 16th 2004: Judicial impropriety and the effect of judges intervention on fairness of proceedings 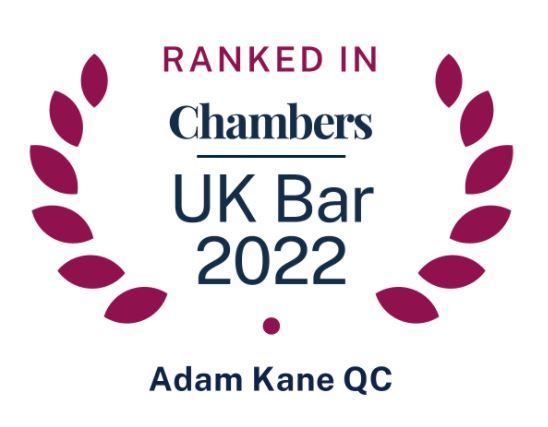