The Use Of Rap Lyrics In Criminal Trials

Sign up open for our next Libertas Webinar - details below

This event has ended. To view the video please click here

This webinar presents the research of Dr Abenaa Owusu-Bempah on the serious concerns that arise when police, prosecutors and courts do not acknowledge or appreciate the artistic value of rap music.

An analysis of over 30 recent appeals identified that most of the defendants in ‘rap evidence’ trials were black men and boys — particularly teenagers — which falls in line with the overwhelming over-representation of Black and minority ethnic boys within the prison population. We consider the disproportionate and discriminatory treatment of black people throughout the criminal justice process, and how the use of rap lyrics as evidence feeds into that.

Felicity Gerry QC is well known as successfully defending black and minority ethnic people, including youths, accused of murder alleged to be ‘gang related’, where the prosecution sought to rely on rap music tropes.

Dr Owusu-Bempah is an Associate Professor of criminal law and criminal evidence. She is a Fellow of The Higher Education Academy and an Associate Fellow of the Ghana Institute of Advanced Legal Studies. 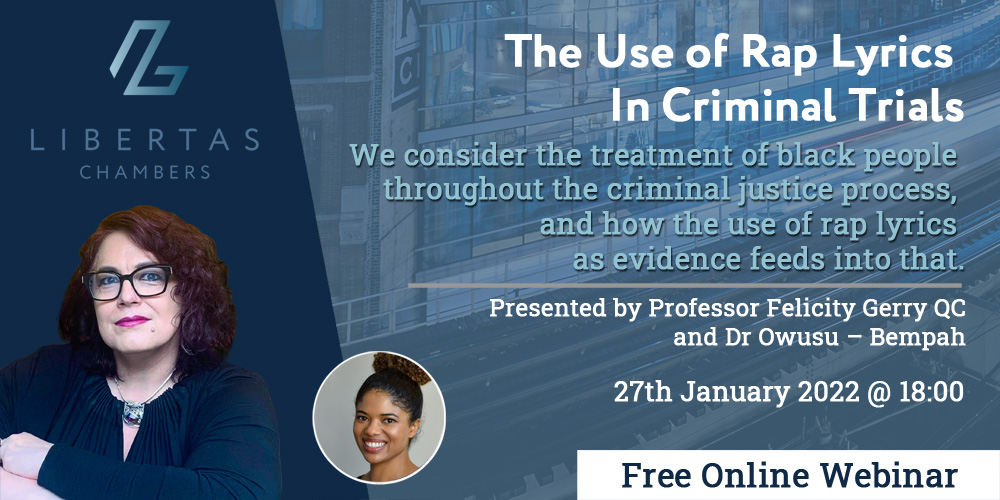